Back to Case Studies

In the spring of 2019, a 59-year-old female presented with a 3-year history of unremitting pain in her left hindfoot. Walking exacerbated her pain and she also experienced pain at rest. The pain was restricting her ability to manage a chain of shops.

She had a significant history, having sustained a closed left calcaneal fracture in 2012 which was treated by open reduction and internal fixation that had become infected. After removal of metalwork, she underwent a subtalar fusion owing to ongoing pain. This failed to unite and so, in 2016, a further attempt at fusing this joint was undertaken achieving union with no further history of infection. However, since this surgery, she had persistent pain around the hindfoot which differed in its character from the pain prior to the subtalar fusion. Examination revealed a quiescent soft tissue envelope and well-healed surgical scars. Tenderness was elicited around the ankle joint line. Radiographs revealed early arthrosis within the ankle joint (Figure 1). 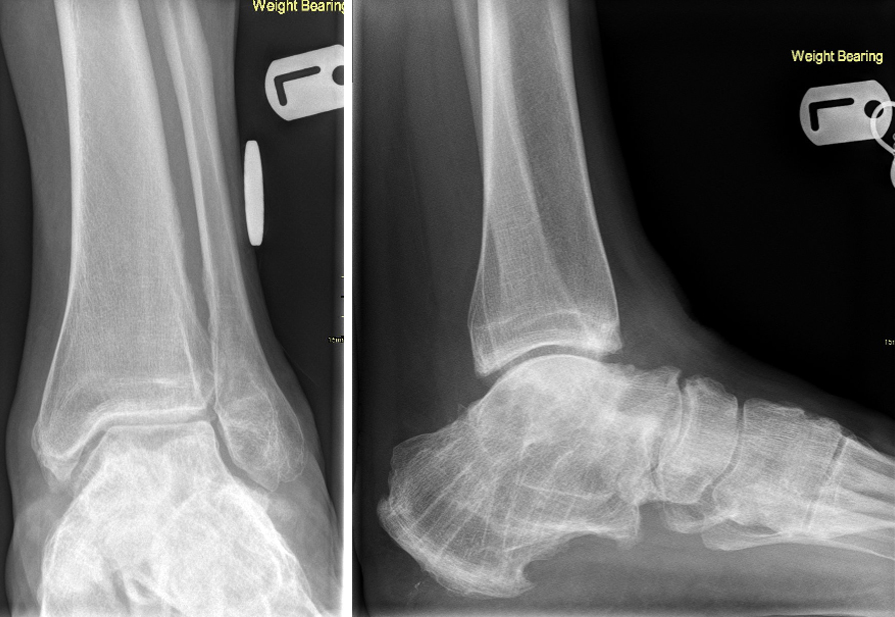 Therefore, further imaging was required to try and exclude infection within the hindfoot. SPECT revealed no signs of infection and a subsequent fluoroscopically guided injection with local anaesthetic completely alleviated her pain. Given these findings, the patient was keen to proceed with a total ankle replacement (TAR) to alleviate her pain (Figure 2). In early 2020, this surgery was performed, and biopsies sent at the time of surgery failed to grow any organisms. 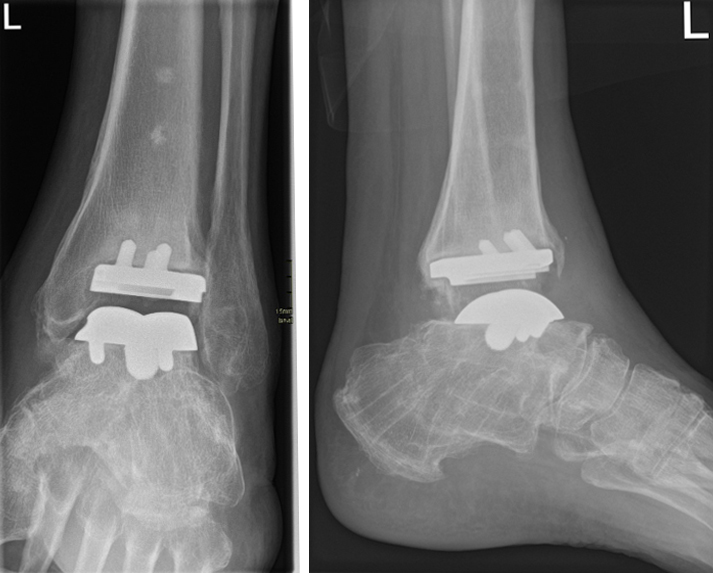 Unfortunately, six months after the TAR surgery, the patient remained in a great deal of pain with persistent swelling. There had been no history of wound issues. Plain radiographs did not provide a clear reason for these symptoms but there was some concern on a post- operative CT scan that the tibial component was showing early signs of loosening, raising the possibility of an indolent bacterial infection. Aspiration of the TAR did not reveal any organisms and a year after TAR implantation, given the severity of symptoms, plans were made to remove the TAR and treat for an undiagnosed deep infection. The TAR was removed, and a gentamicin-impregnated cement spacer was inserted into the void.

With the TAR explanted, the soft tissues healed well and some of the patient’s pain was alleviated. No growth of organisms was identified from the intra-operative samples. The patient was keen to pursue further surgery to achieve greater pain relief and plans were made to convert the pseudarthrosis to an arthrodesis using a custom cage to fill the void.

CT imaging was used to delineate the extent of the bone void, and this was used to devise a surgical treatment plan (Figure 3). Through the previously utilised anterior approach to the ankle, a custom cage was designed with a central cannulation to secure it with the Oxbridge hindfoot nail. It was intended to fill the cage with bone graft and Cerement G®[Bonesupport, Lund, Sweden] to cover for any possible residual deep infection. 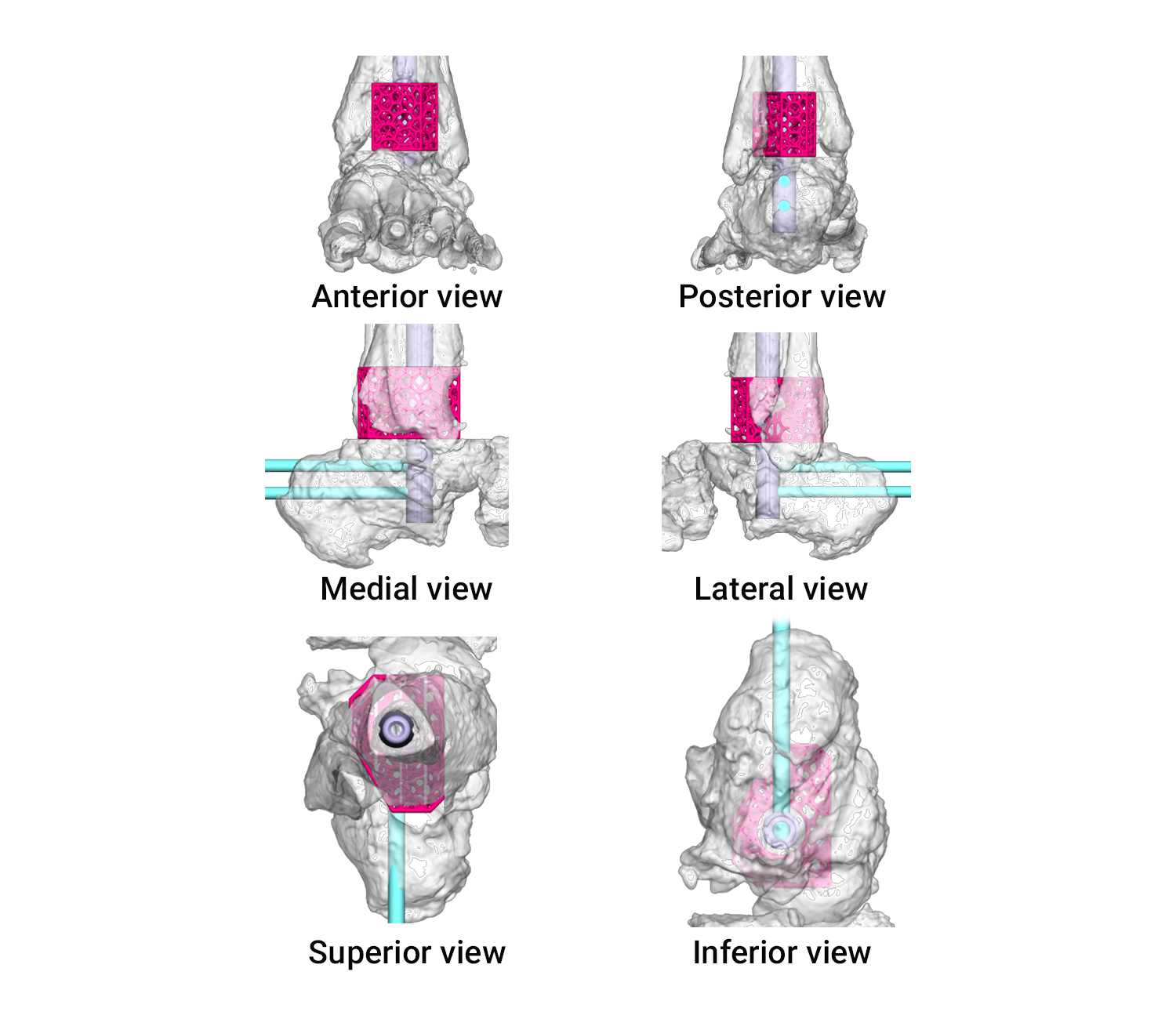 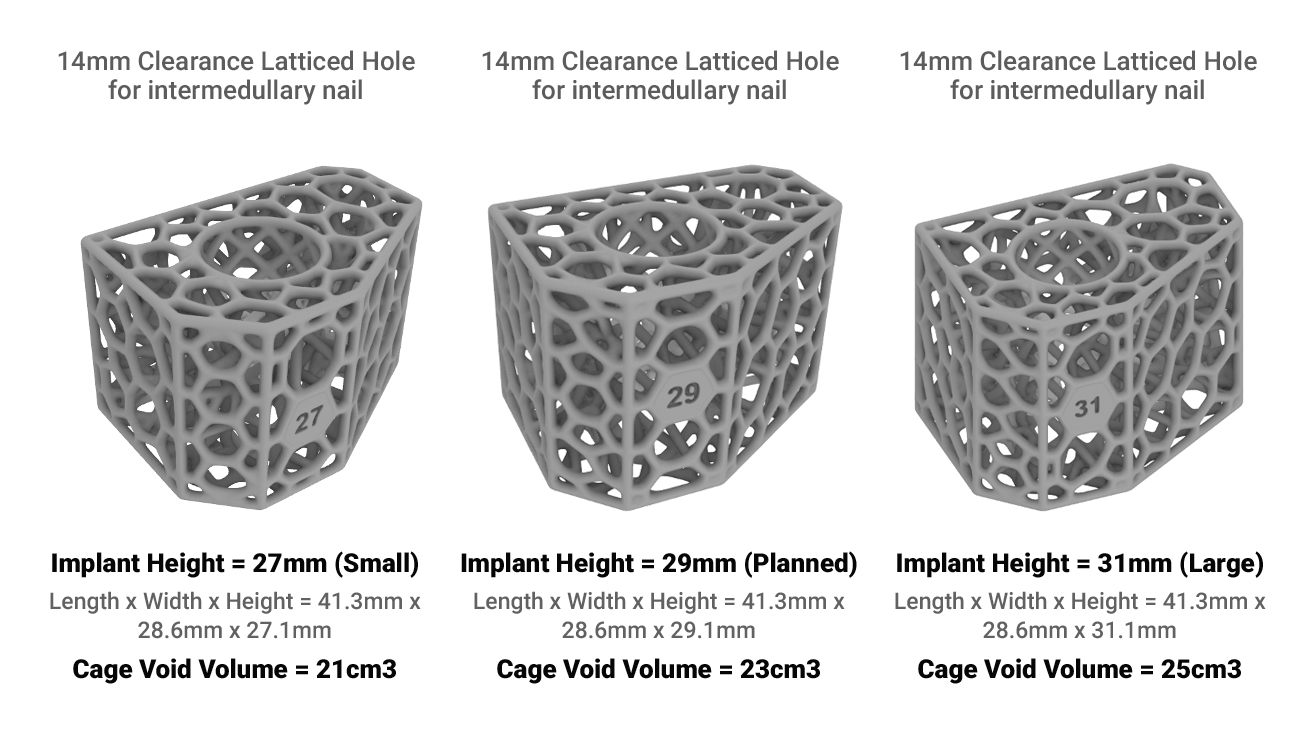 The implant was designed to be implanted utilising the previous anterior approach for implantation and explantation of the TAR. The cement spacer was removed piecemeal, and samples were taken for microbiological assessment.

In order to prepare the void, an intra-operative plastic model was used as a guide to cut fresh flat surfaces to the tibia and talus (in retrospect, the use of custom saw guides would have improved this step). Once prepared the void was then assessed using the plastic sizing jigs to find the best fit checking to maintain a plantigrade foot (Figures 4 & 5). Once the appropriate size was established, the implant was filled with bone graft and placed in a custom plastic mould to facilitate the application of the Cerement G® [Bonesupport, Lund, Sweden] to the cage (Figure 6). Its changing viscosity can make it difficult to handle and prevent it leaking out of the implant. Once the implant was prepared, it was then placed into the void and secured with the Oxbridge hindfoot arthrodesis nail. The nail was inserted and locked dynamically in the tibia and statically in the calcaneus. 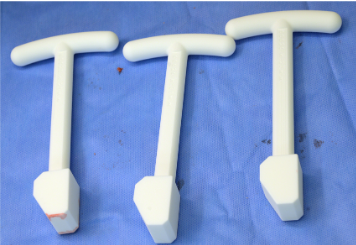 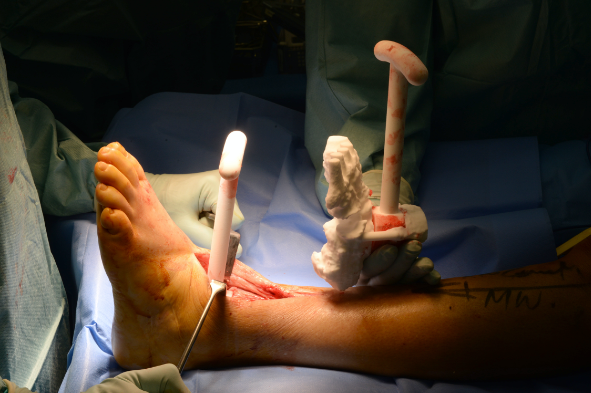 Figure 5 - The models and trials in use

Figure 6 – packing the implant with bone graft and then further filling the inter- stices with Cerement G® [Bonesupport, Lund, Sweden].

Post-operatively, the leg was rested in a cast for 6 weeks without permitting any weight-bearing. Appropriate thromboprophylaxis was administered during this time. The wounds were checked at 2 weeks and at 6 weeks the patient was allowed to commence bearing weight in a walking boot. The patient was seen in clinic with regular clinical and radiographic assessments. At 6 months of follow-up, the patient has experienced almost 50% of pain relief and improved function as measured by her MOX-FQ scores. She has some residual pain after long periods of bearing weight and on uneven terrain but is the most comfortable she has felt in years. Latest radiographs simply shown that the hindfoot remains well aligned (Figure 7). 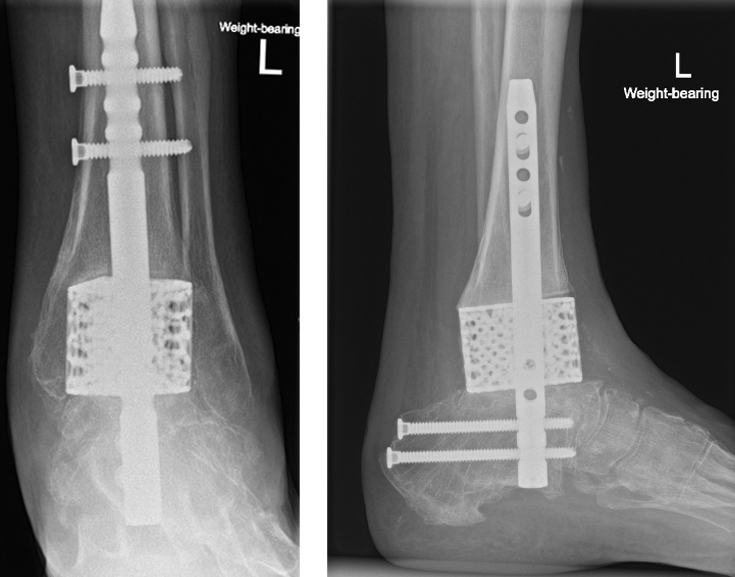 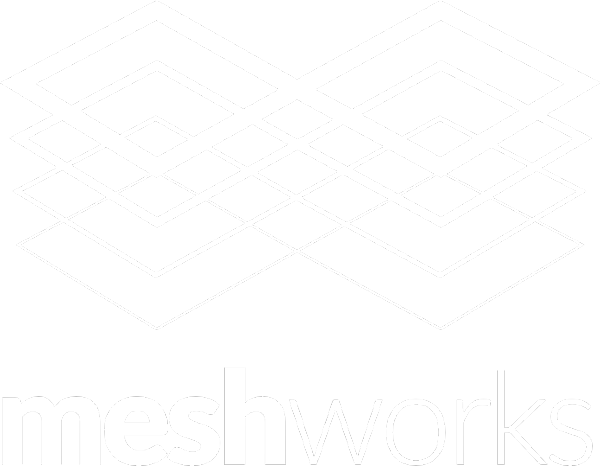 If you have any questions please feel free to get in contact and we will be happy to help.
T: +44 (0) 1865 509856
E: contact@alloyed.com
If you would like to register with Meshworks then simply click below and fill in our online form and a member of our team will be in touch very soon.
Register